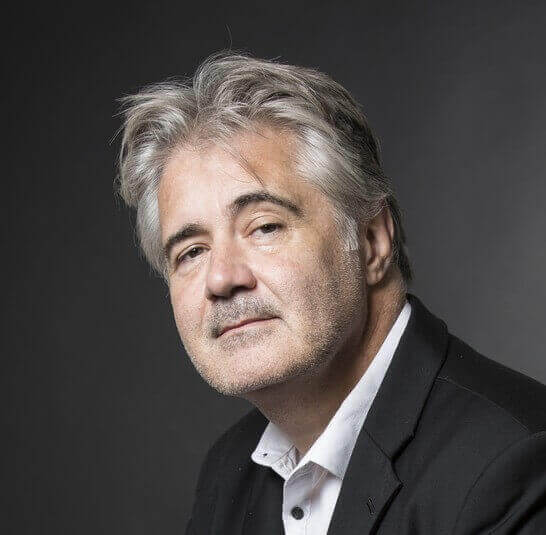 A few weeks ago, we welcomed Christian Guellerin, Honorary President of the international association Cumulus, for a truly inspiring conference about the challenges ahead of Mankind and the role that Design could play.

During his conference, “The challenge of Design: Making Man Central Again. Concerns and perspectives from the World Design Summit – Montreal October 2017”, Mr Guellerin told us about the incredible evolutions of the world we live in, with an emphasis on artificial intelligence, and how he imagines the role of man and design in that evolving world.

“The arrival of robots has us asking the same questions. Their increasingly elaborate functionality, coupled with our expectations that they be smart, sensitive and emotional, raises an eyebrow or two on our relationship to them and, on a broader level, to Mankind. What kinds of women and men are we to be, and how are we to adapt knowing that robots will be taking our place? This is the very role and responsibility of both Design and designer.”

“Robotization is throwing us the curve ball of a lifetime, whose pitch is aimed not only at testing our ability to survive the Man vs. Machine revolution, but also driving us to create a lasting footprint for generations to come that exemplifies our new roles and responsibilities in favor of a world boasting greater justice, cooperation and respect for the planet as robots continue to gain ground. This is Design’s greatest challenge today.”

We thank Mr Guellerin for his presence as our students were amazed and inspired by this very interesting and fascinating discussion.

More about the conference here.